The Black Tie White Noise Video EP was recorded on 8 May 1993 at the Hollywood Center Studios in Los Angeles, and released on VHS and LaserDisc later that year.

Directed by David Mallet, it contained David Bowie’s performances of six songs from the album, in addition to footage of him discussing its influences, and the promo videos for the singles ‘Jump They Say’, ‘Black Tie White Noise’, and ‘Miracle Goodnight’. 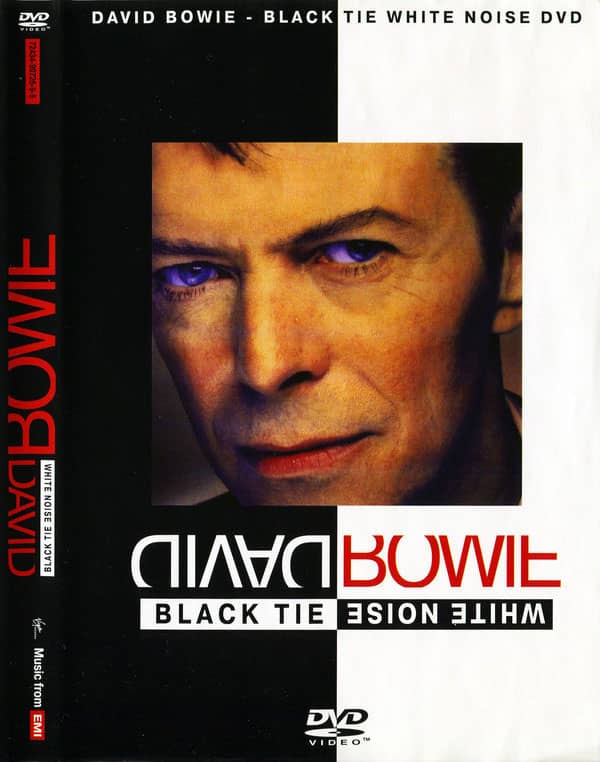 In the early 1990s David Bowie became fascinated by new computer technology. In 1996 ‘Telling Lies’ became the first song by a major artist to be distributed as an online-only release, and the following September he launched his internet service provider BowieNet.

These bold moves were predated by Jump – The David Bowie Interactive CD-ROM, an early attempt at interactivity which aimed to let users create their own videos for ‘Jump They Say’, as well as watch the videos from Black Tie White Noise and interviews with the singer.

Jump was released in 1994, but was not well received. Bowie intended for the project to allow users to “approach the thing again and again and never go through the same experience”

Everything seems to have crossed through the mediums a lot more, and I’m not quite sure what it is we’re doing, but it’s not just making records anymore. It’s got a lot further than that, and we keep translating everything to be interactive. The medium that we are working in is not actually CD-ROM. The medium is interactive multimedia, and I think that the CD-ROM is only the best delivery system currently available.

However, Bowie soon grew frustrated by the limitations of the CD-ROM format, which he claimed prevented true interactivity, and later disowned Jump.

I hated it. I absolutely loathed it. … There were aspects of it I thought had potential, but then again, there was so much information on the disc itself that made the idea of anybody using it interactively a joke. Interactive, as far as I’m concerned, is when the person who’s operating the computer has as much to say as what’s on the screen. That is interactive. And at the moment, it’s just the ABC options. Even the most sophisticated CD-ROMs are just ‘Here’s the hard information. Now, you can take one of these three steps’.